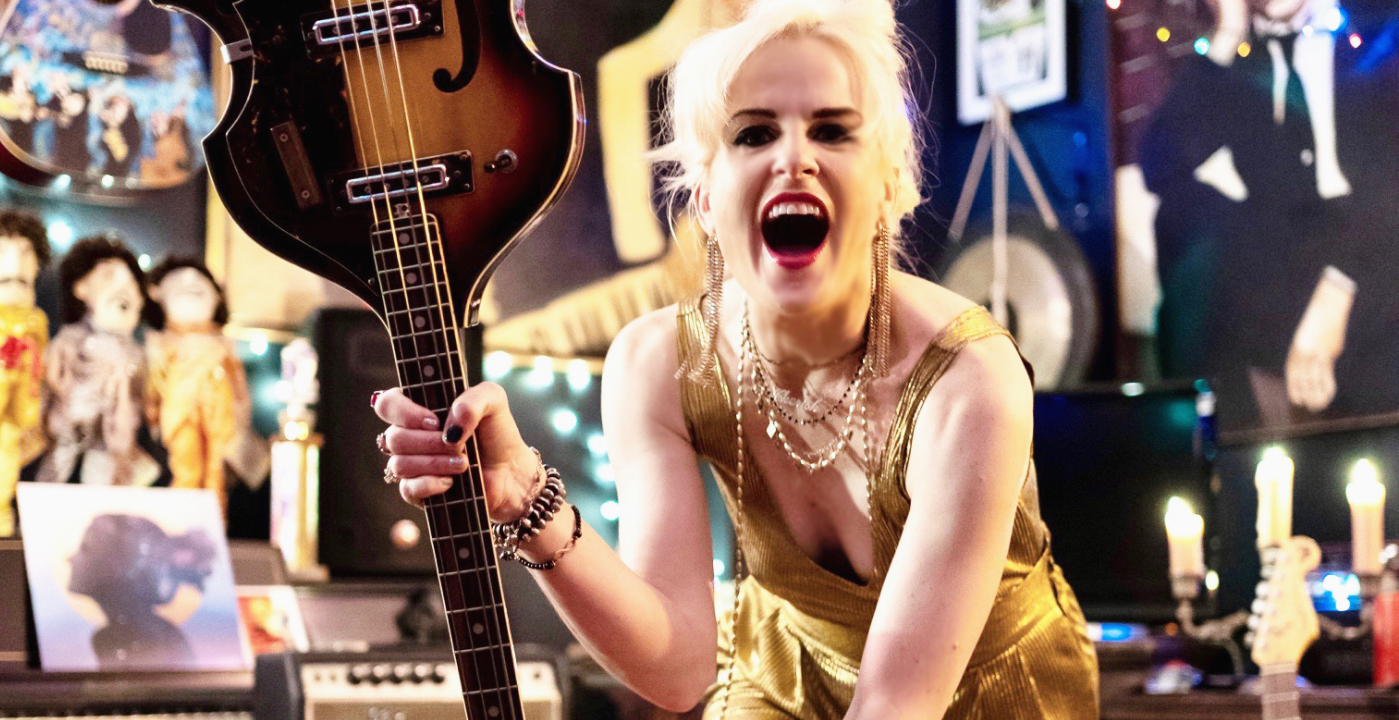 Cherish Alexander has a magical pen that dips into the dark crevices of the human heart that often haunt us.

She draws strength from her experiences and exposes the raw emotions of her soul through her songs. “Songwriting has always been a natural process for me,” she reveals. Cherish began singing and playing the piano at age seven and playing bass and guitar since age 13.

Early on Cherish landed a multi-album deal with major label RCA/BMG and publishing powerhouse Warner-Chappell. This partnership enabled her to hone her instinctual gift for songwriting. She has collaborated with songwriters such as John Shanks (Goo Goo Dolls, Jane’s Addiction, Alanis Morrisette), Gregg Alexander (New Radicals) and Billy Steinberg (Madonna, Demi Lovato, Cyndi Lauper). Since then, she has written 11 successful records and has recorded and worked with many different artists/bands including playing bass with the all girl Led Zeppelin band Moby Chick and playing lead guitar for Cyndi Lauper. She is currently recording and touring as the bass player for 80’s New Wave icon Josie Cotton.

Her repertoire includes three albums as lead singer with the Los Angeles based rock band the Painkillers, one album and two singles as the lead singer/bass player for Bella Bazzaria, as well as three solo albums “Fallen Awake” (distributed in Europe on XYZ Records), Broken Open (on Red Queen Music with Paul Roessler in a duo called ‘Forever My Love No More’) and her latest “Meet Me Where You Are”. Her music has been used in many TV and film soundtracks such as the theme for “The Crow”, E! Entertainment TV, Lifetime Television has had her songs covered by pop artist Tiffany and a top 10 single with Korean singer Sally Yeh.

Look for Cherish Alexander’s latest single and music video (where she is making her directorial debut) due out June, 2021 called “Change Can Start with Me” as well as several song placements including a movie called “Oro Arrowhead” on Amazon Prime due out Summer, 2021

“Today, my greatest aspiration is to bring the realism of life into music through my own experiences of light and dark!” Cherish says!